How the Oldest Brewery in the Country Has Adapted

Dear Client: In our running interview series of how the coronavirus era has affected leading companies in the beer industry, we caught up with Yuengling’s chief administrative officer, Wendy Yuengling, to talk about how the company has adjusted. Yuengling produced 2,654,622 barrels in 2019, down 2% from 2018. YTD in IRI, to May 17, their … END_OF_DOCUMENT_TOKEN_TO_BE_REPLACED 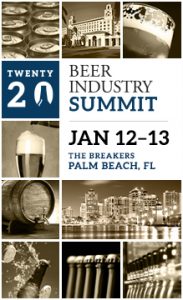 Does it capture the whole story? Does it skew against ethnic accounts? And how valuable is data that excludes Wal-Mart and Costco, the two fastest growing retailers? We look into these answers.

Foster’s, Australian for “For Sale”

As Foster’s Group sells off its pub estate to raise cash, many are wondering if Foster’s beer division, now a small part of their wine-centric company, might come on the block. Who would be the buyers? Plus, Miller’s Norman Adami speaks on their flatter organization.

More on Miller’s painful layoffs in Milwaukee and distributor feedback.

Beer Business Daily has learned that Miller Brewing Co. has announced that it will undergo a major restructuring, cutting about 200 jobs to become a “leaner, more focused organization.”

Europe Could Run Out of Beer

Some European brewers are scrambling to keep up with the unexpected demand as out-of-stocks are running rampant during their worst heat wave in decades. It’s a good problem to have. Plus, more on Femsa/Interbrew court case.

What Drives Shoppers to Grocery Stores?

Remember the old adage about the three most important attributes of a store’s success: Location, location, location? Surprisingly, proximity to home and even low prices are not the greatest determinant of where people shopped. Here’s what is. Also, we mourn one of our fallen boys who protected us in Baghdad.

Or at least not as badly as originally thought. Supermarket chains still rule the inner cities, and Wal-Mart has not been able to capture those important dollars. The data show that supermarkets are still the king of American shopping habits. There is something else that is giving supermarket chains a tough financial time: the inability to raise pricing.

HUSA Interrupted: “Seven Percent Will Not Be Possible in the U.S.”

René Hooft Graafland, a member of Heineken’s Executive Board, has a somewhat grim view of the beer market worldwide in general and the U.S. market in particular. While Heineken is doing well in food channels, it is getting hit on premise. Just how bad is it, and is Heineken maintaining share in its core markets?

Extend Your Subscription Today and Save

This is supposed to be the c-store decade, yet sales are in the doldrums. Who is gaining share in this channel, who is losing, why are c-store sales down, and why do we care?

Those are the words of a jubilant Paul Shipman, President and CEO of the Redhook Ale Brewery, which announced shipments of 67,900 barrels in the second quarter of 2003, compared to 63,100 barrels, a 7.6% increase. Considering it was such a terrible quarter for the beer business in general, it points to a silent trend that has bee creeping up on us: craft beers are growing.

Boston Beer was up against some tough numbers with last year’s rollout of Sam Light. However, they were able to achieve a 2% growth in STRs in Q2, not bad during these hard times in the beer industry. Also, BBC tightens distributor terms and update on Tumwater dispute.